This section is an overview of the information on this page. There is more detail in the sections below.

Mantle cell lymphoma is usually a fast-growing type of lymphoma, but some cases grow slowly. It can be successfully treated, but usually comes back and needs more treatment.

What are the symptoms and how is it diagnosed?

Most people with mantle cell lymphoma have swollen lymph nodes (glands). The lymphoma can also affect other parts of the body, such as the bone marrow, bowel and spleen. You need a biopsy of the abnormal area to confirm you have mantle cell lymphoma. Other tests are done to work out where the lymphoma is and how your body is being affected by it.

How is it treated?

What is mantle cell lymphoma?

Mantle cell lymphoma develops from abnormal B lymphocytes (B cells; a type of white blood cell). It is called ‘mantle cell’ because the abnormal B cells come from an area called the ‘mantle zone’ in lymph nodes (glands).

There are types of lymphoma that grow quickly (high-grade lymphoma) and types that grow slowly (low-grade or ‘indolent’ lymphoma). Mantle cell lymphoma is unusual as it often has features of both.

Who gets mantle cell lymphoma and why?

About 500 people are diagnosed with this type of lymphoma each year in the UK. Mantle cell lymphoma is much more common in men than in women. It is usually diagnosed in people who are middle-aged or older. It is very rare in young people.

In most cases, the cause of mantle cell lymphoma is unknown.

A certain genetic change is found in the abnormal cells in almost all cases of mantle cell lymphoma, but it is not known why it occurs. This genetic change is called a ‘translocation’. It happens when two of the chromosomes (chromosome 11 and chromosome 14) in a B cell break and then join up with each other. This translocation means the cells make too much of a protein called ‘cyclin D1’ that helps to control cell growth. Too much cyclin D1 causes uncontrolled growth; too many new B cells are made and mantle cell lymphoma develops.

The most common symptom of mantle cell lymphoma is one or more swollen lymph nodes.

Most people have mantle cell lymphoma at an advanced stage when it is diagnosed, meaning that other parts of the body are likely to be affected as well as lymph nodes. Your symptoms depend on which areas of your body the lymphoma is affecting.

Areas that are commonly affected by mantle cell lymphoma include:

Mantle cell lymphoma is usually diagnosed by examining a biopsy of a swollen lymph node or another abnormal area. Sometimes, the abnormal cells can be detected in blood or bone marrow samples. The abnormal B cells can look like other types of lymphoma under the microscope, for example, chronic lymphocytic leukaemia (CLL) or splenic marginal zone lymphoma. However, most cases of mantle cell lymphoma have characteristic genetic changes. Tests are done on the sample to look for changes in the genes and proteins of the abnormal cells so you can be given the correct diagnosis.

Other tests find out more about your general health. Tests are also needed to find out which parts of your body are affected by lymphoma – this is called ‘staging’. These tests usually include:

If your lymphoma is in your bowel, you might have other tests such as a colonoscopy (a tiny camera passed through your anus to look at your bowel).

If your doctor suspects your lymphoma might be in your CNS, you might need a lumbar puncture and possibly an MRI scan.

Your doctor might recommend other tests depending on your symptoms and your general health.

Although waiting for the results of your tests can be difficult, your doctor is collecting important information during this time. It is important that your doctor knows exactly what type of lymphoma you have so they can give you the most appropriate treatment.

First-line treatment is usually successful at putting mantle cell lymphoma into remission, but this type of lymphoma is difficult to cure. It almost always relapses and needs more treatment.

Your doctor is best placed to advise you on your outlook based on your individual circumstances and any risk factors you have.

Most people have advanced-stage (stage 3 or 4) mantle cell lymphoma when they are diagnosed and need systemic treatment (treatment that affects the whole body). A few people have localised disease (stage 1 or 2) and may be able to have radiotherapy to the affected areas.

When the lymphoma is causing problems, your doctor usually considers the same treatment options that are used for fast-growing mantle cell lymphoma.

Mantle cell lymphoma usually grows quickly and is treated like a high-grade lymphoma. Most people with mantle cell lymphoma have intravenous chemotherapy, usually combined with an antibody treatment such as rituximab. You might hear this called ‘chemo-immunotherapy’.

If the lymphoma is in your CNS, it is treated as secondary CNS lymphoma.

Your doctor might recommend a different regimen. A targeted drug called bortezomib might be used in combination with chemo-immunotherapy. Your doctor might suggest modifying the regimen, for example, by reducing the dose, if you are less fit. Some people need gentler treatments.

Note: after having treatment with bendamustine, you must be given specially prepared irradiated blood if you need to have blood transfusions in future. This is so that you don’t develop a rare but serious complication of blood transfusion called ‘transfusion-associated graft-versus-host disease’.

People who are fit enough usually have the drug cytarabine (also known as Ara-C) given at a high dose as part of their treatment. It might be given:

This is then followed by an autologous stem cell transplant (using your own cells) in people fit enough to have one.

This treatment can give a longer remission than standard chemo-immunotherapy alone, but it is a more intensive form of treatment and can cause more side effects. Most older people (over 65) and those who have other illnesses are not able to have such intensive treatment because of the risk of serious side effects.

Newer, targeted drugs might also be an option for people not able to have standard chemo-immunotherapy. You may be able to enter a clinical trial testing a gentler treatment for mantle cell lymphoma.

Rituximab is usually given on its own once every 2 months for maintenance treatment. Most people have maintenance for a couple of years, but it could be longer or shorter than this. Maintenance is not suitable for everyone. It can cause side effects, although these are mild for most people. Your doctor can advise you if they think maintenance treatment might benefit you and how long they recommend you continue maintenance. 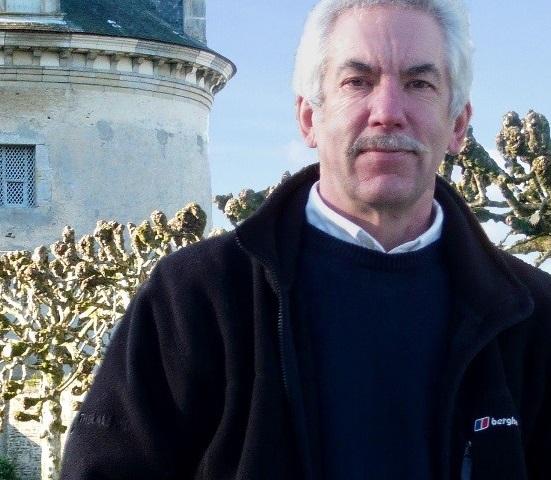 You have regular follow-up appointments after treatment, usually every 2–3 months.

If you are worried about your health at any time, contact your GP or medical team. They can reassure you or arrange an appointment for you to have a check-up.

The length of remission (time where the lymphoma is under control) after treatment varies greatly. Mantle cell lymphoma relapses at some time after treatment in most people. The treatment at this stage depends on:

Sometimes, mantle cell lymphoma is refractory (doesn’t respond) to the first-line treatment. In this case, a different treatment is usually needed.

Mantle cell lymphoma can relapse several times and you might have different treatments each time.

Find out more about clinical trials and search for a trial that might be suitable for you.

Find out how you can help us make sure no-one has to face their lymphoma alone.