What is early menopause?

Why can lymphoma treatments cause early menopause?

Cancer treatments work by killing cells that are dividing rapidly. This includes cancer cells as well as some healthy cells, like cells in the ovaries that are involved in the development of eggs.

When the ovaries stop releasing eggs, levels of the female hormones oestrogen and progesterone drop. This happens naturally with age, but it can also happen in younger women after treatment with chemotherapy, or radiotherapy to the ovaries. This drop in hormone levels causes menopause.

In women with lymphoma, the ovaries may be less active than normal even before treatment because of changes in the immune system.

How likely am I to have early menopause after lymphoma treatment?

It is quite common for the ovaries to stop working properly during treatment for lymphoma. Your periods may stop or become very irregular. For some women, periods start again a few months or years after finishing treatment. For others, periods never restart. This is because the treatment has left them with too few healthy cells in their ovaries.

You are more likely to have early menopause if:

If you’re being treated with an alkylating agent (except dacarbazine), your chances of having early menopause increase with the dose and the number of cycles.

Early menopause tends to happen quite soon after radiotherapy to the ovaries and BEAM chemotherapy (a high-dose regimen sometimes used before stem cell transplant). It can begin more slowly after other chemotherapy regimens.

ABVD, a chemotherapy regimen commonly used to treat Hodgkin lymphoma, does not increase your risk of having an early menopause.

There isn’t much information about the effects of newer agents or targeted treatments on your chances of having an early menopause.

The following pictures show the overall chances of having early menopause based on the type of treatment you’re receiving. These pictures are for general information only and don’t tell you your individual risk. Your exact risk of having early menopause is affected by lots of factors – such as your age, the age at which your close relatives had menopause, smoking, chemotherapy dose and any other illnesses you may have.

ABVD is the chemotherapy regimen most often given for Hodgkin lymphoma in the UK. It has a low risk of early menopause – 1.4%.

Radiotherapy above the diaphragm (the sheet of muscle that separates your chest from your tummy) means the ovaries are not in the treatment area. It has a relatively low risk of early menopause – 3%.

Alkylating agents (for example, bendamustine, cyclophosphamide and ifosfamide) are used in many different regimens. The exact risks vary depending on the total dose given. The overall risk is around 49%.

BEAM is a high-dose chemotherapy regimen. It is given as part of a stem cell transplant. It has a high risk of early menopause – 75%. 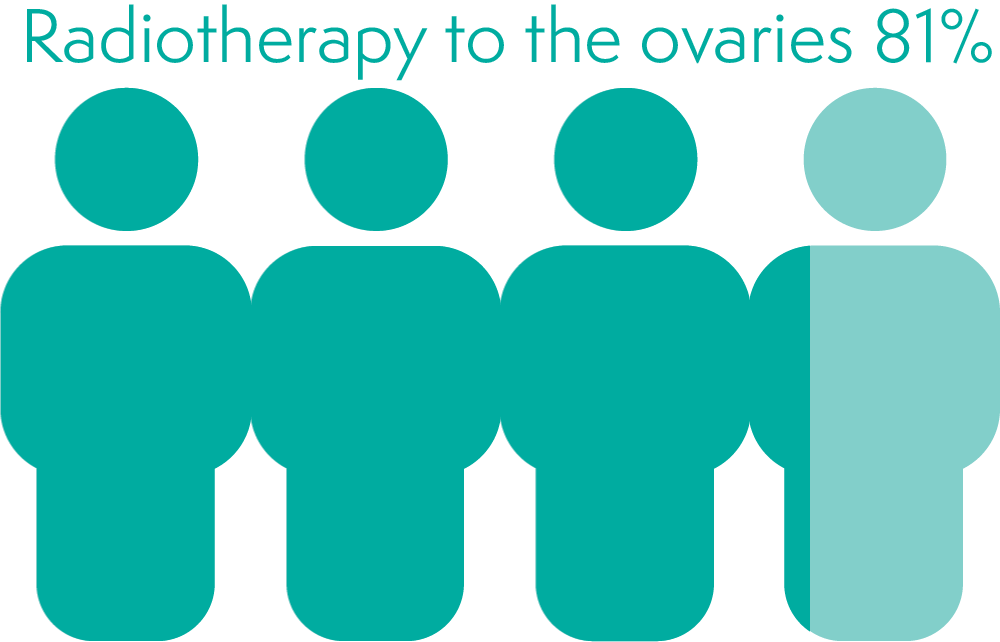 Radiotherapy to the ovaries damages the ovaries and has a very high risk of early menopause – 81%.

If your treatment isn’t one of these, ask your doctor for more information about the risks with your specific treatment.

What are the symptoms of early menopause?

Common symptoms of early menopause include:

About half of all women going through menopause feel the symptoms affect their work life. About 1 in 3 say they became less sociable than they were and 1 in 4 feel more isolated.

The symptoms are the same whenever menopause occurs but they can feel worse if the ovaries stop working suddenly after cancer treatment.

What are the long-term effects of early menopause?

The most distressing long-term effect of going through the menopause much earlier than normal is infertility.

Early menopause can also have other long-term effects because of the low levels of the hormone oestrogen. These include an increased risk of developing:

Doctors recommend that most women with an early menopause should be offered treatment to lower the risk of these conditions developing. 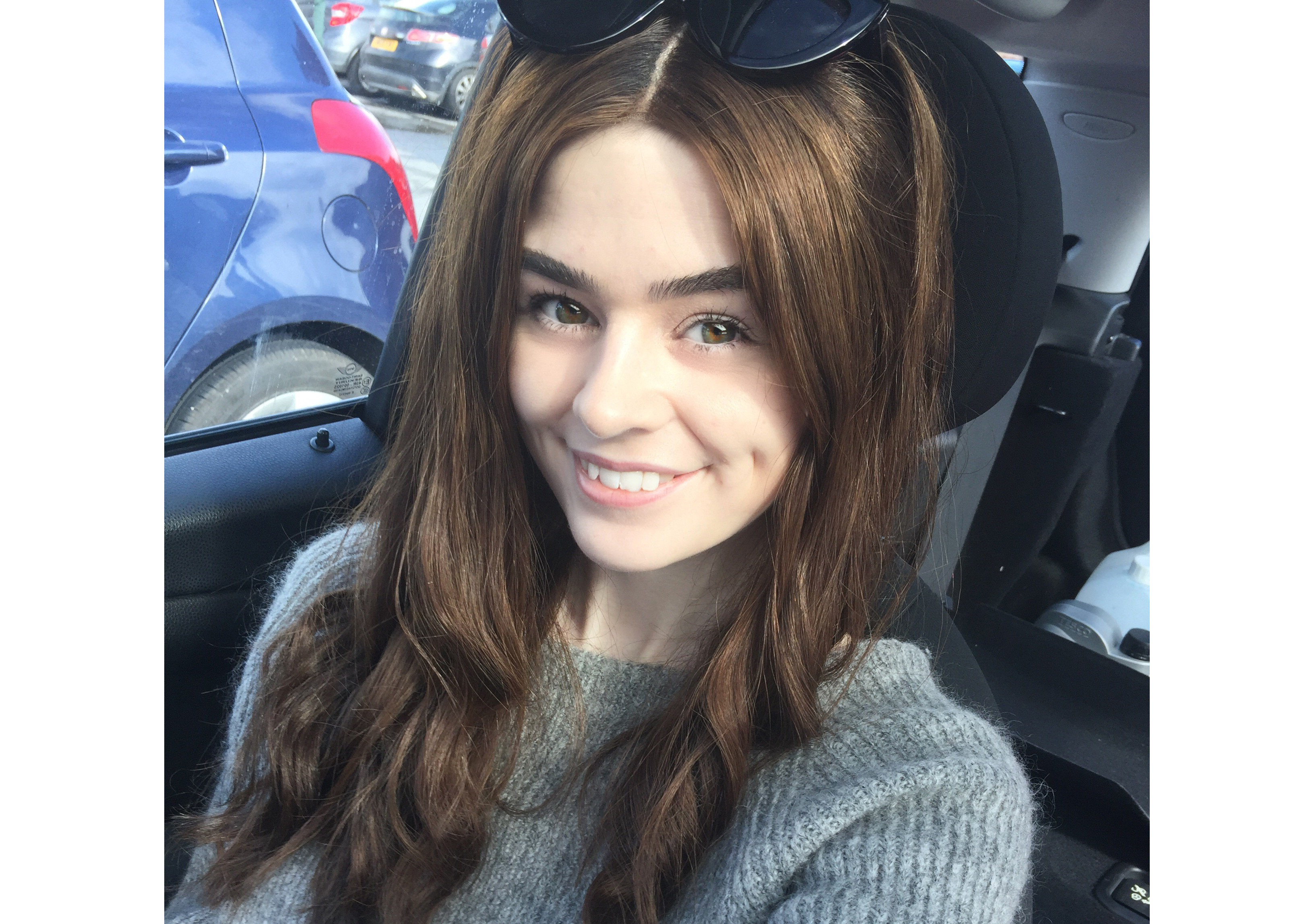 How is early menopause diagnosed?

Your doctor should be able to diagnose early menopause by asking you about your symptoms. If you’re under 40, they may take blood tests to check your hormone levels. They usually need at least two blood tests 4–6 weeks apart to confirm whether or not you’re going through menopause.

How is early menopause treated?

If you’re going to have treatment that is likely to cause an early menopause, your medical team should give you information and support. They may refer you to a health professional who is an expert in menopause.

If you’re already going through early menopause, there are lots of options to help control your symptoms and reduce the long-term effects. Your medical team should discuss what’s suitable for you.

Hormone replacement therapy (HRT), usually with a combination of the female hormones oestrogen and progesterone, boosts hormone levels and helps reduce the symptoms and long-term effects of menopause.

There are benefits and risks of taking HRT. Your doctor can help you decide if HRT is suitable for you and, if so, which type to use.

HRT is usually given at least until you’re in your early 50s (the average age of natural menopause in the UK).

HRT may not be suitable for you if you have, have had, or are at high risk of getting breast cancer.

The male hormone testosterone, which is also important in women, may improve your interest in sex if HRT hasn’t helped.

Unless you have been diagnosed with depression, antidepressants do not help the symptoms of the menopause.

Some people find herbal remedies or complementary medicines helpful. Plant extracts such as St John’s wort, isoflavones or black cohosh may help with hot flushes and night sweats. However, the scientific evidence is not clear. The dose, purity and safety of some herbal remedies can vary. They may also interact with other medications. If you are taking, or planning to take, herbal remedies, let your medical team know.

CBT is a talking therapy that helps you develop practical ways of managing problems by changing the way you think or behave. It can help women who have low mood or anxiety as a result of early menopause. It can also help you learn to cope with other symptoms of the menopause, like hot flushes.

If you’re struggling with the symptoms of menopause, your doctor might be able to refer you for CBT with a registered therapist. Online CBT courses are also available.

You can find more information on CBT for menopausal symptoms in this booklet produced by Women’s Health Concern (the patient arm of the British Menopause Society).

What can I do to help myself?

There are lots of things you can do yourself to help reduce the symptoms and the long-term effects of early menopause, including:

Are my symptoms the menopause or has my lymphoma come back?

If you’re worried that your lymphoma has come back or got worse, contact your medical team straight away.

Night sweats are common in women going through menopause but they can also be a symptom of lymphoma. If you get night sweats, it’s natural to worry that your lymphoma has come back.

If your doctor isn’t sure whether you’re going through the menopause or not, they can take blood tests to check the levels of hormones in your blood, though blood tests to diagnose menopause are not recommended in women aged over 45.

Can anything prevent an early menopause?

Scientists have tried using different hormone treatments to ‘protect’ the ovaries from the effects of cancer treatments. The most promising of these are medicines that mimic a natural hormone called gonadotrophin-releasing hormone. These medicines might reduce the risk of early menopause but the results aren’t clear. The protective effect seems to depend on the type of cancer you have and they might not be effective for women with lymphoma. More research is needed to find out. At the time of writing, treatment to prevent early menopause is not routinely used in women with lymphoma but it might be offered in some centres.

Will my periods ever start again?

Some women whose periods stop during treatment for cancer find their periods start again on their own. This usually happens within a few months of finishing treatment but it has been known to happen after several years. The chance of your periods starting again depends on lots of things, such as your age and the type of treatment you’ve had.

Your periods are less likely to start again the longer it’s been since you finished treatment.

Can I get pregnant after early menopause?

Even if you are hoping to get pregnant, you should use effective contraception for 3 to 6 months after finishing cancer treatment to make sure there’s no cancer treatment left in your system.

A very few women who appear to have gone through a premature menopause may become pregnant naturally. This is because their ovaries still very occasionally produce eggs.

A natural pregnancy will not happen for most women with premature menopause. Even women whose periods start again after treatment may not be able to get pregnant.

Some women may be able to have children with medical help. This might involve using healthy eggs or embryos that were collected and frozen before treatment. More often, you’ll need in vitro fertilisation (IVF) treatment using donor eggs. Other women may consider adoption or surrogacy if they wish to have a family.

It is important that you get good advice about your choices, so do talk to your medical team and ask to be referred to a specialist if necessary.

Provides information on premature menopause, a forum and a list of frequently asked questions (FAQs).

Part of the British Menopause Society offering independent advice, reassurance and education for women of all ages about their health, wellbeing and lifestyle concerns.

An organisation offering support, information and contact with other people going through premature menopause.