Professor John Radford is Director of Research at The Christie in Manchester specialising in lymphoma, with a keen interest in research that will improve outcomes for individuals affected by the condition.

'That’s what draws people to Lymphoma Action', he explains. 'The charity is all about making life better for everyone affected by lymphoma, ensuring no one has to face lymphoma alone.'

Professor Radford has a long-standing connection with Lymphoma Action, having been asked to narrate several of our videos about lymphoma and its treatment. He’s also spoken at a number of our patient conferences, reviewed our information resources and been a long-term member of our Medical Advisory Panel, which he’ll now chair in his role as President. We also work closely with his team at The Christie on our events and to find out about forthcoming clinical trials of new treatments that we list on our Lymphoma TrialsLink database.

'My team at The Christie shares Lymphoma Action’s ethos: that everyone affected by lymphoma should get the best possible information, support, treatment and care. I’m looking forward to working more closely with Lymphoma Action staff, volunteers and supporters to achieve that', says Professor Radford. 'When I visited their offices in Aylesbury I was really impressed with how well they worked together as a team, all driven by the same goal of supporting people affected by lymphoma. It’s not a big organisation but it’s having real impact in terms of improving people’s quality of life. The challenge for the charity now is to reach more people who would benefit and to secure the funding to do that.' 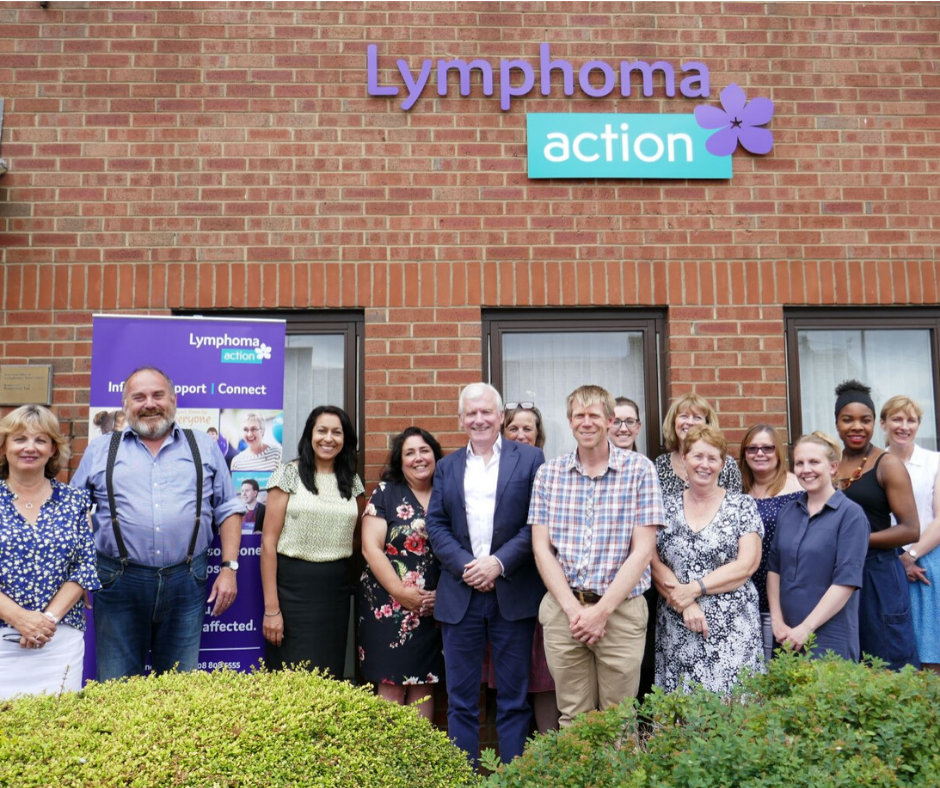 Ropinder Gill, CEO at Lymphoma Action said: 'We’re delighted to welcome John as our new President. His skills, experience and contacts have already helped to shape many of our services and ensure that the people who need them can access them. The Lymphoma Action President role is an honorary role, and it is hugely important as it recognises someone with expertise in the medical field who can effectively represent the quality of our work and help raise our profile.

'Professor Radford takes over the role of President from the previous incumbent, Professor David Linch. David dedicated 28 years to Lymphoma Action, sharing his extensive knowledge and expertise so generously and to such great effect over almost three decades. It’s a privilege to have worked alongside him and the Lymphoma Action team and I look forward to working more closely with Professor Radford as we seek to grow and reach even more people affected by lymphoma.'